The range of standard equipment is very wide and largely satisfies the needs of the dynamometric testing industry, however there are special cases where the equipment to be tested is outside the useful range of our catalog products or special test conditions are required.

For these cases we offer the service of developing special projects that generally requires either a redesign of standard equipment or completely new designs.

This is a dynamometer based on an eddy current brake linked to the vertical hydraulic motor of an oil well driller through a very high torque 10 to 1 reducer orthogonal box with 130mm diameter input shaft. 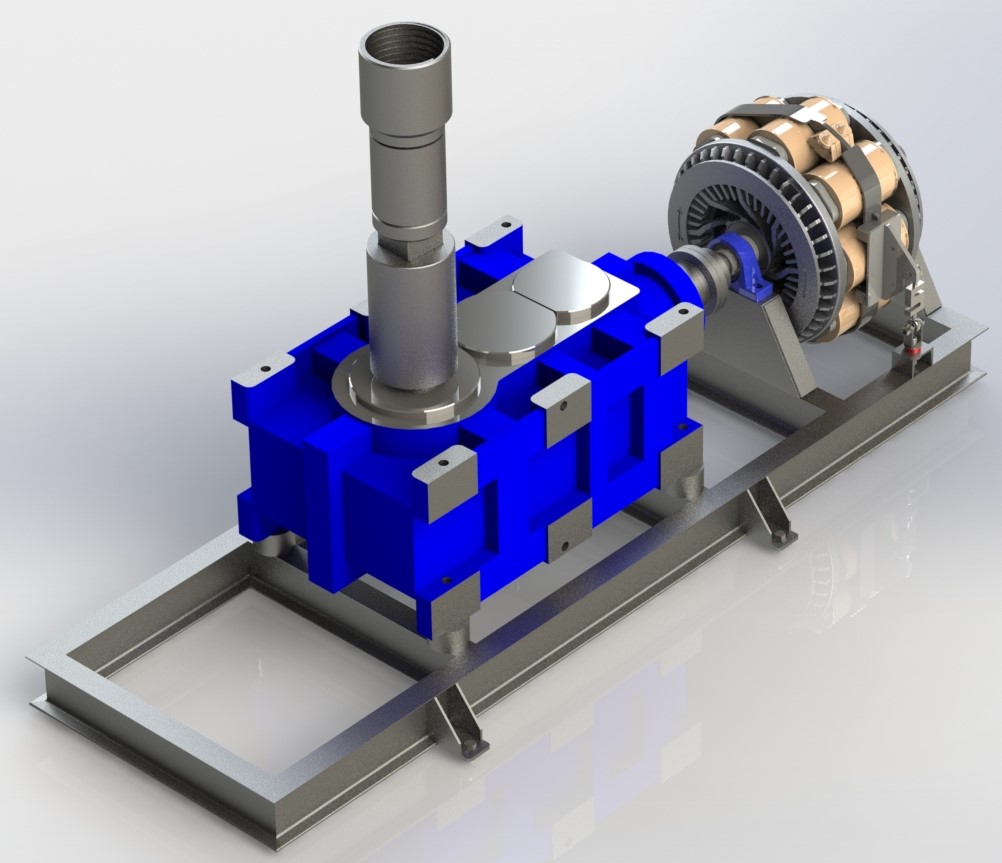 Coupled directly to the top drive using an adapted drill tube with a sliding dial. The structure containing the dynamometer and the gearbox is fixed directly on the entrance structure of the well.

This equipment can test very low rpm and very high torque engines. Due to the practically constant braking characteristics of the eddy current dynamometers it is capable of braking 3000 kg.m of torque practically throughout its speed range.

Equipped with our SMAC data acquisition system, it is capable of carrying out different types of tests, varying the braking conditions and adjusting the conditions of torque and turning speed. 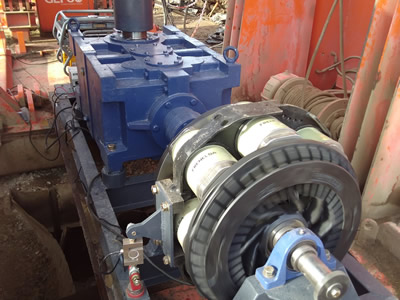 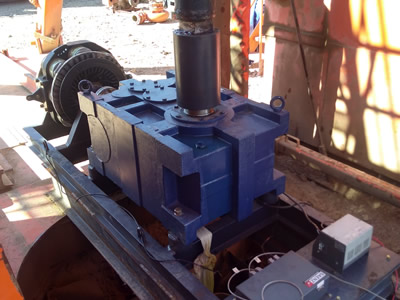 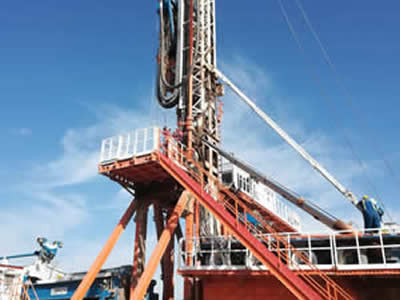 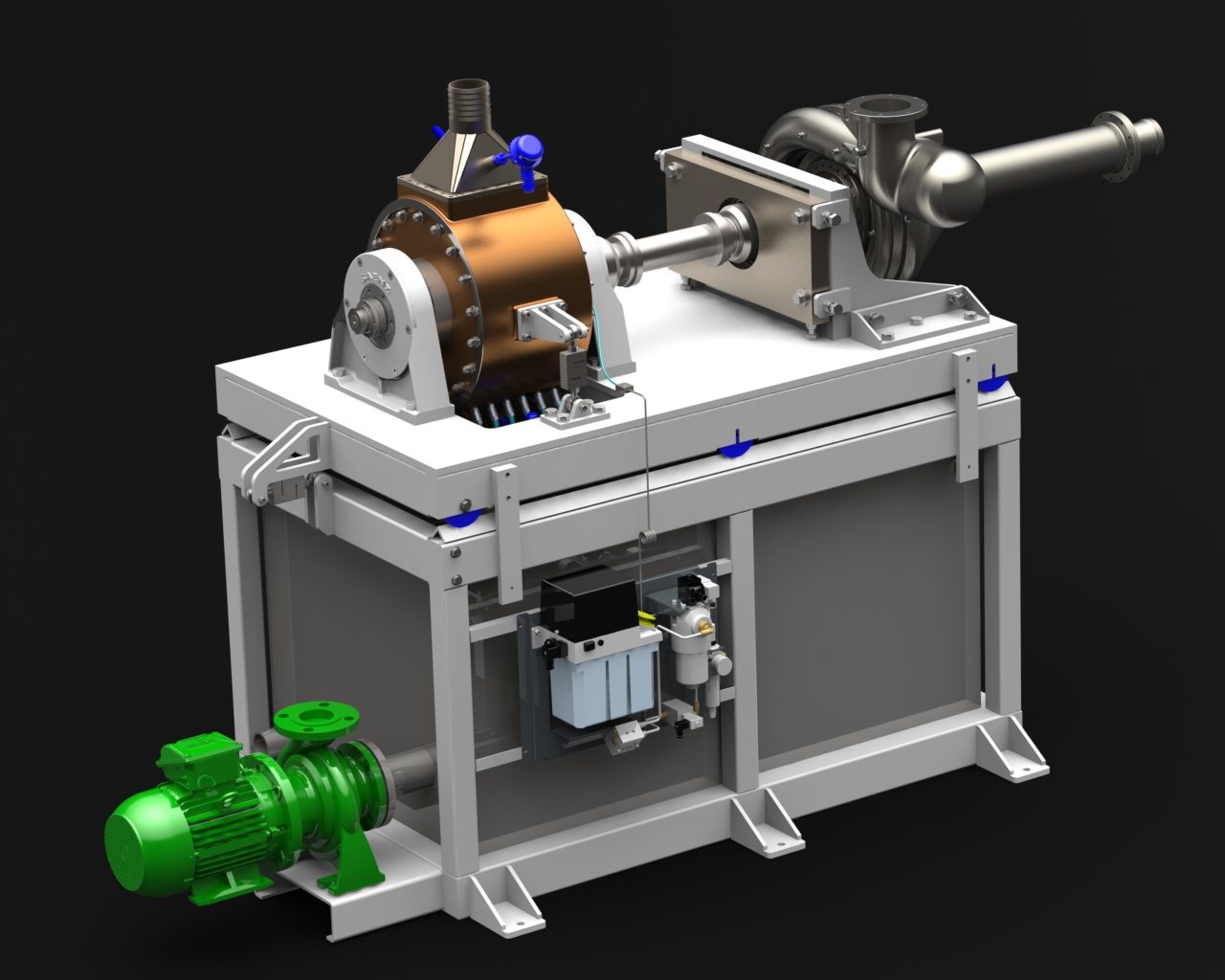 Due to the high revolutions and the high power density delivered by the turbine, it is not advisable to use brakes in which the power absorption mechanism is through turbulent vortices, since severe damage caused by cavitation would occur. For this reason the brake is equipped with an integral smooth disc rotor that greatly reduces the damage generated by this mechanism. 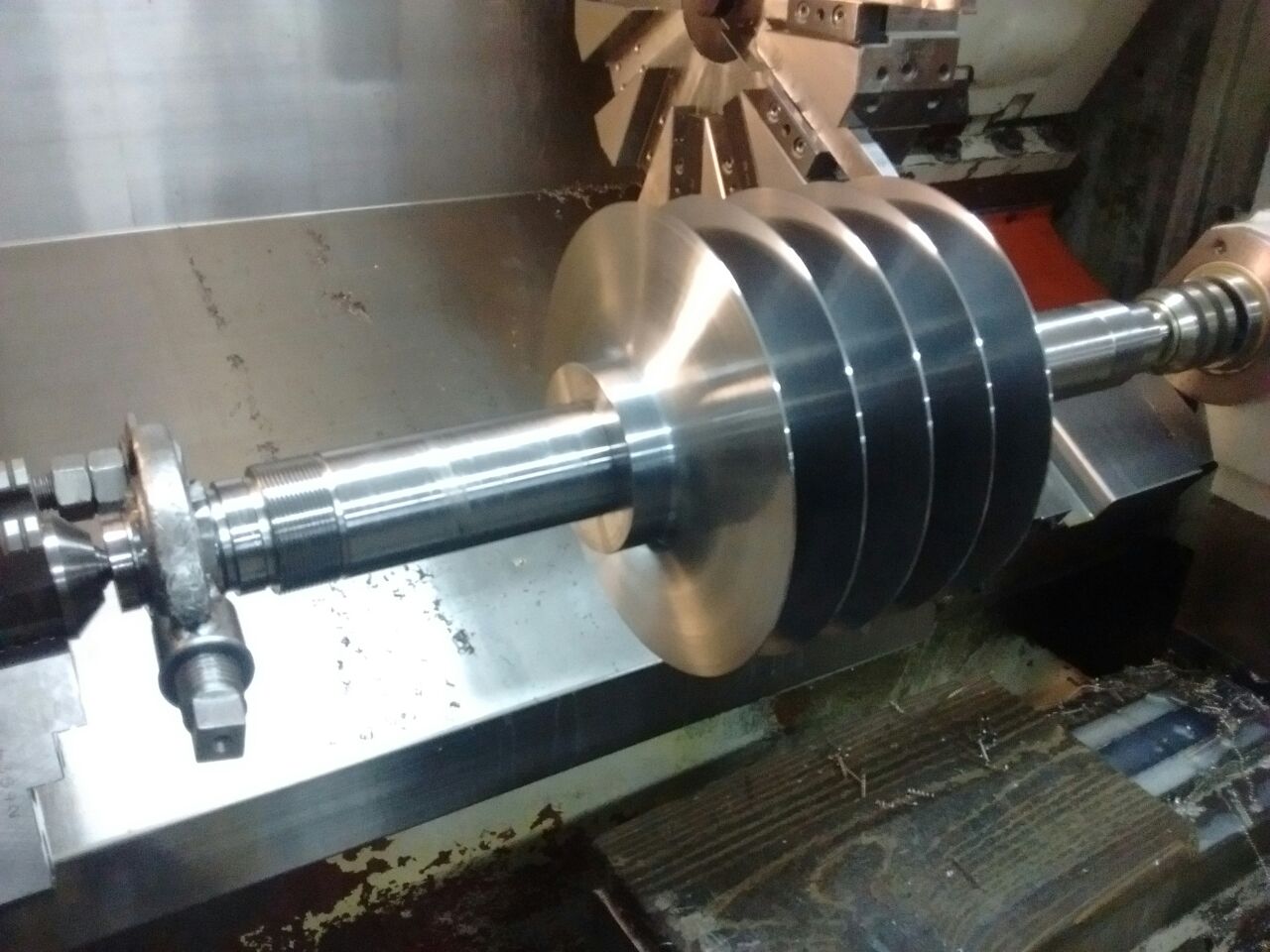 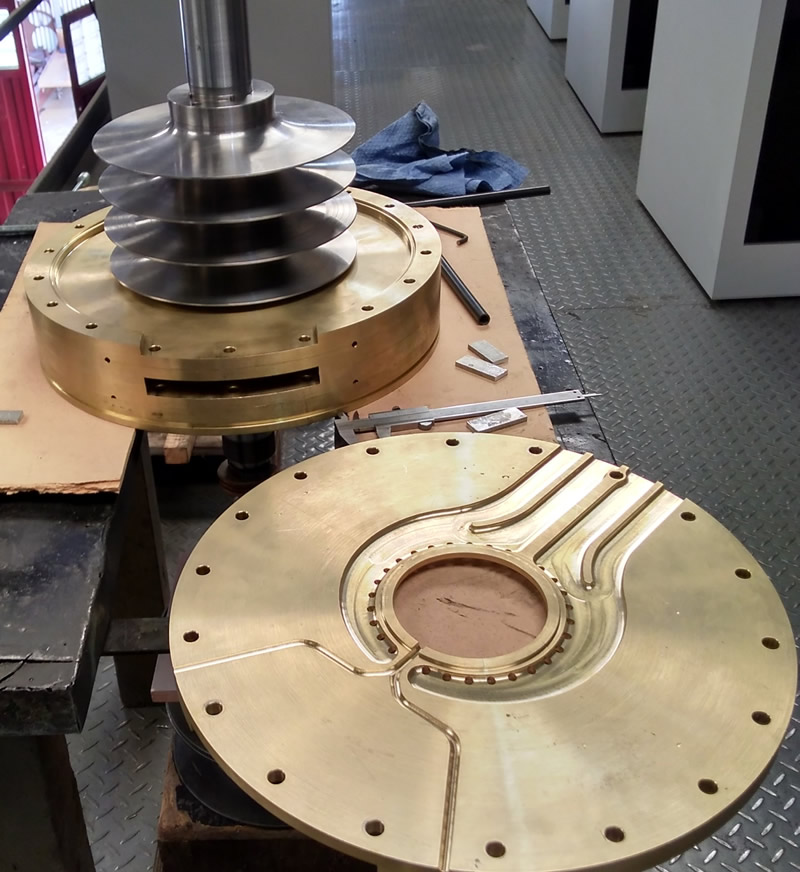 The rotor is machined from a single piece of AISI 420 stainless steel. The assembly is balanced according to the ANSI S2 standard. 19-1999 in grade 2.5. 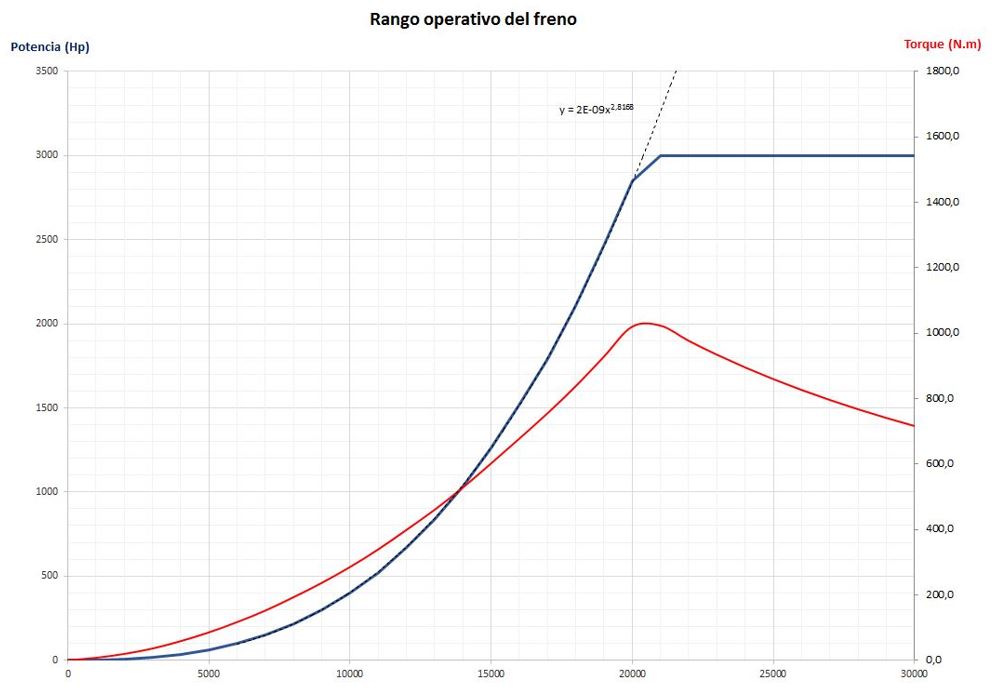 Discs profile is built in such a way that an approximately uniform stress distribution is achieved, it is mainly generated by the centrifugal force.

Stators in the assembly are cast bronze to minimize damage from corrosion.

The bearings are ceramic angular contact balls suitable for the speeds generated by the turbine. The lubrication of the assembly is carried out using an oil mist system. 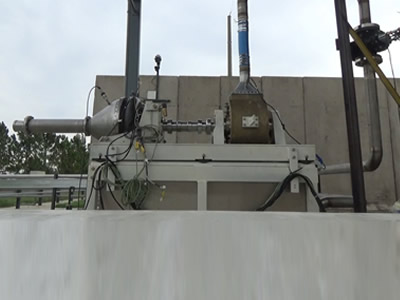 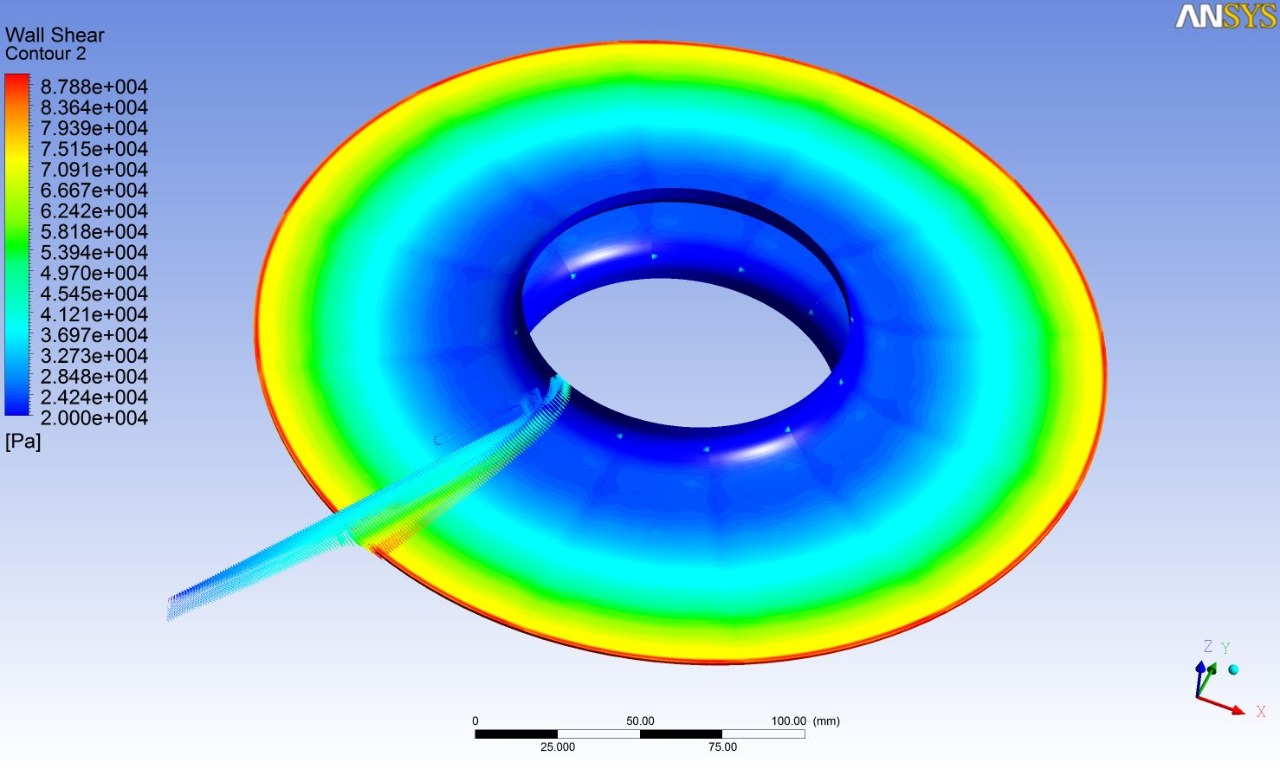 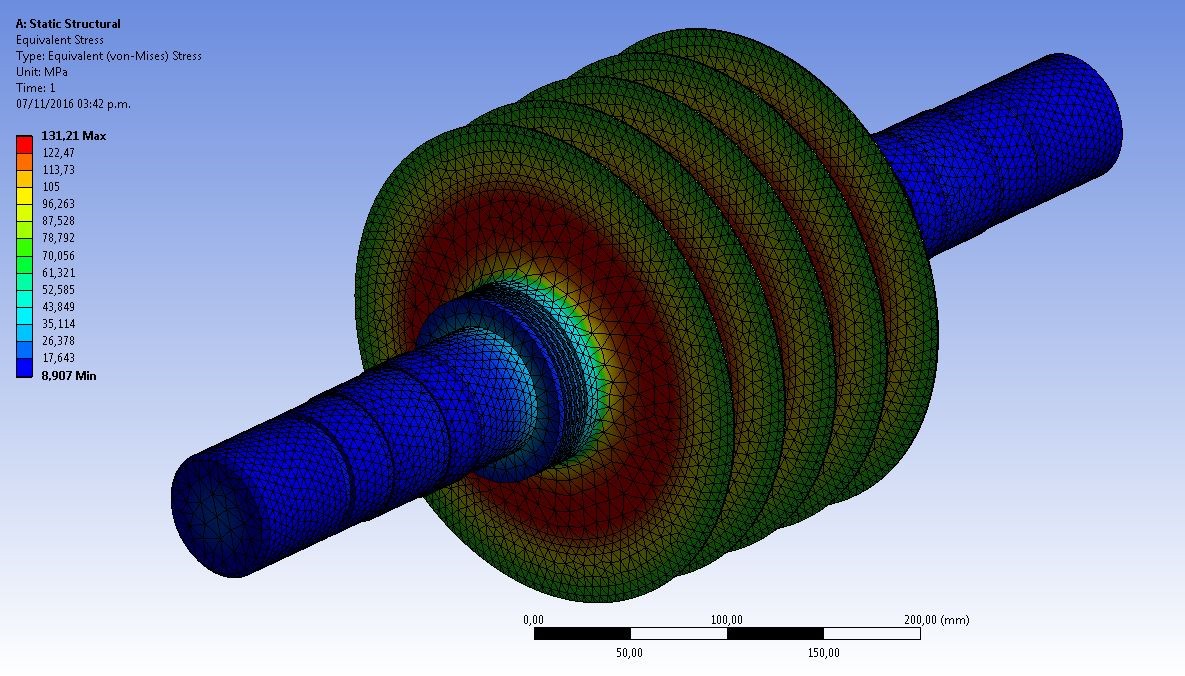 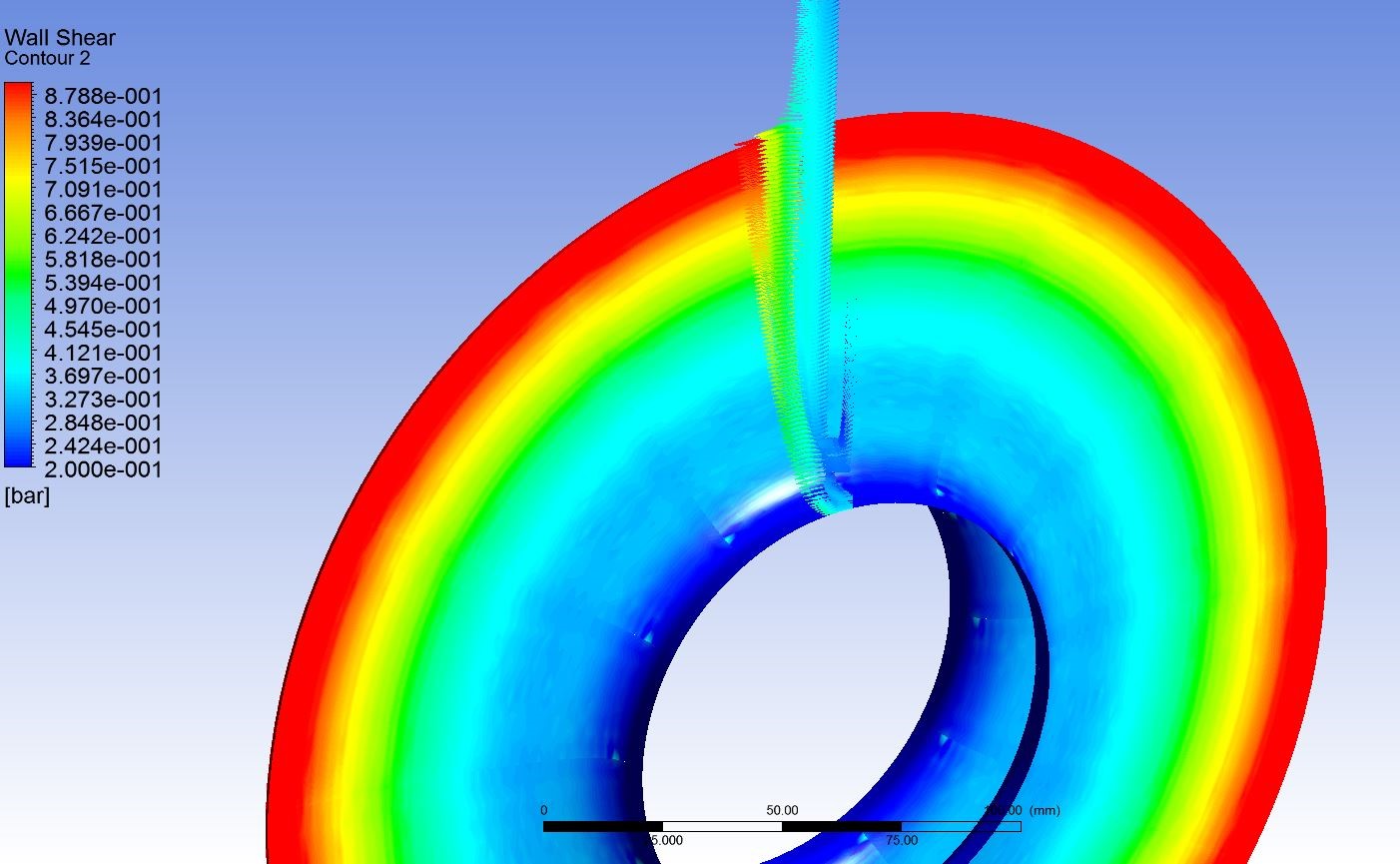 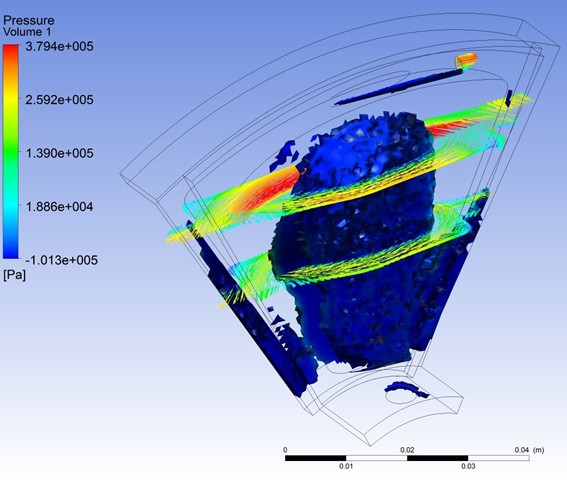